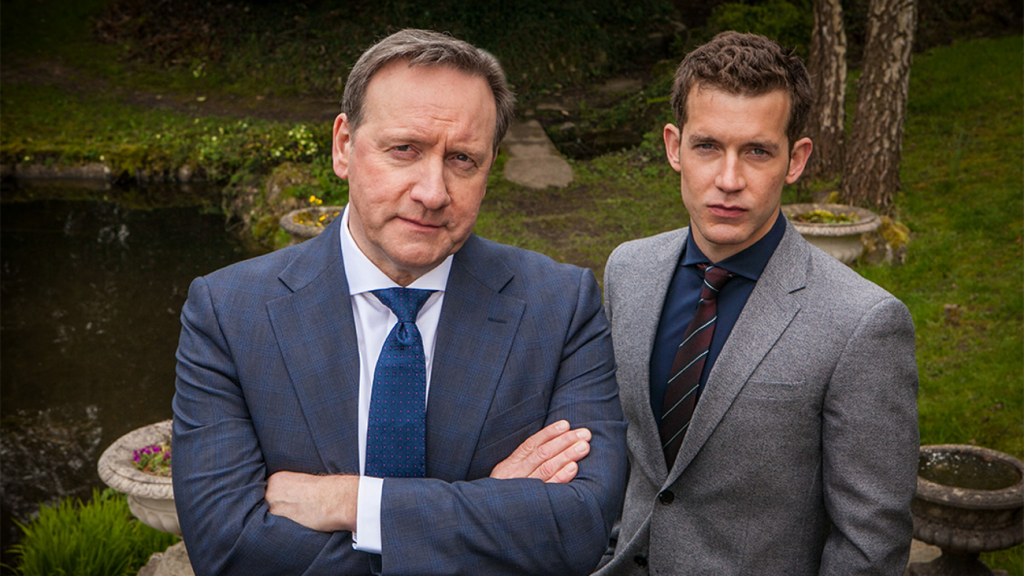 The rural countryside of a fictional county in England provides the backdrop for this long-running crime series based on the novels of Caroline Graham. A lush visual style, quirky characters, and ubiquitous red herrings recall classic public television British mysteries of the past.

Then, in Season 19 (beginning May 7), DCI Barnaby investigates more murder and mystery, with new cast members including Nick Hendrix as DS Jamie Winter and the newest member of the Barnaby family, Paddy the dog. Barnaby and Winter face a dastardly death among live pet rabbits, murder at a cricket tournament, deadly violence at a music festival, and more.