Throughout December 2021, CPTV, CPTV Spirit, and Connecticut Public Radio will showcase a variety of holiday programs and specials, including a special presentation of Downton Abbey: The Movie. See the full schedule below. View the PBS KIDS holiday program lineup here. The Ornament of the World
Airs Tuesday, December 14 at 10 p.m. on CPTV and Wednesday, December 15 at 9 p.m. on CPTV Spirit
Filmed in Cordoba, Granada, Seville, and Toledo, this is the story of a remarkable 800-year period when Muslims, Christians, and Jews in medieval Spain forged a common cultural identity that often transcended their religious differences. 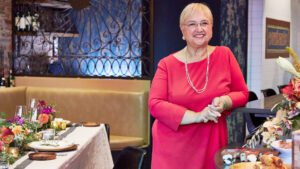 Lidia Celebrates America: Overcoming the Odds (NEW!)
Premieres Wednesday, December 15 at 8 p.m. on CPTV Spirit; Encores Saturday, December 18 at 4:30 p.m. on CPTV
Chef Lidia Bastianich travels from big cities to small pockets of rural America, either in person or virtually, to share the inspiring stories of a diverse group of resilient Americans who have overcome extraordinary odds in their own lives, and found purpose in serving their communities. 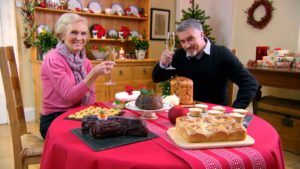 A Charlie Brown Christmas
Airs Sunday, December 19 at 7:30 p.m. on CPTV and PBS KIDS 24/7
(Note: This program will not be available on the CPTV or PBS KIDS 24/7 livestreams.)
Feeling down about the commercialism of Christmas, Charlie Brown becomes the director of the gang’s holiday play. Can he overcome his friends’ preference for dancing and over-acting, find the “perfect” tree, and discover the true meaning of Christmas? 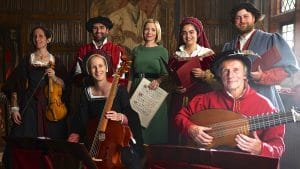 Lucy Worsley’s 12 Days of Tudor Christmas
Airs Sunday, December 19 at 8 p.m. on CPTV
Join Lucy Worsley on a 12-day extravaganza as she discovers that much of what we enjoy in contemporary Christmas — from carols to turkey, gift-giving to mistletoe and mulled wine — has surprising Tudor origins, rooted in devotion and charity. 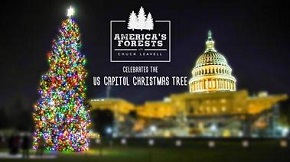 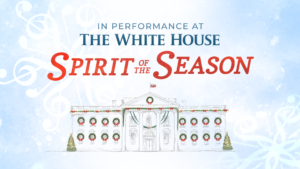 In Performance at the White House: Spirit of the Season (NEW!)
Premieres Tuesday, December 21 at 8 p.m. on CPTV; Encores Friday, December 24 at 7 p.m. on CPTV Spirit and Saturday, December 25 at 9 a.m. on CPTV
(This program will also be available to stream at pbs.org/whitehouse.)
Revel in dazzling musical performances from the White House in celebration of the holiday season, featuring President Joseph R. Biden, Jr., host Jennifer Garner, Andrea Bocelli, Camila Cabello, Eric Church, Jonas Brothers, Billy Porter and more. 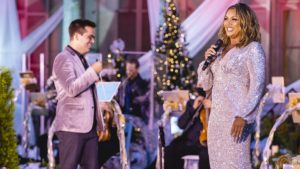 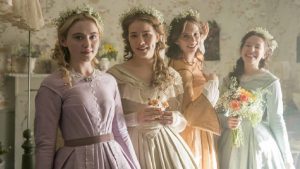 Little Women on Masterpiece
Airs Saturday, December 25 at 10 a.m. on CPTV
See all three parts of the series, back-to-back. Set against the backdrop of the Civil War, the story follows the four March sisters – Jo, Meg, Beth, and Amy – on their journey from childhood to adulthood while their father is away at war. Under the guidance of their mother Marmee, the girls navigate what it means to be a young woman: from gender roles to sibling rivalry, first love, loss and marriage. Downton Abbey: The Movie (NEW!)
Premieres Saturday, December 25 at 7 p.m. on CPTV; Encores Sunday, January 2 at 9 p.m. on CPTV
The Downton Abbey movie, based on the mega-hit television series that won 15 Primetime Emmys® and earned 69 Emmy® nominations and set viewing records for a PBS drama, will air on Masterpiece. Billed as a grand motion picture event when it opened in theaters in 2019, the movie follows the beloved Crawley family and their intrepid staff as they prepare for the most important moment of their lives: a royal visit from the King and Queen of England. The momentous occasion will unleash scandal, romance and intrigue that will leave the future of Downton hanging in the balance. 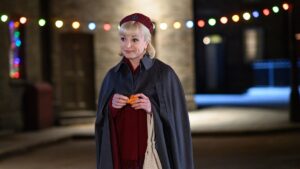 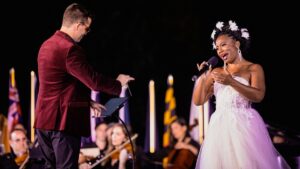 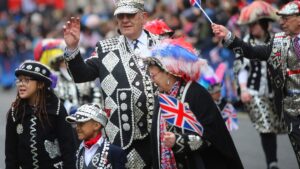 London’s New Year’s Day Celebration 2021 (NEW!)
Airs Live on Saturday, January 1 at 8 a.m. on CPTV
Hosted by actor Tim Vincent, parade performers from around the world gather for this pre-recorded, COVID-safe celebration. Pipers, drummers, and cultural groups from Central and South America are in the studio along with U.K. jazz-pop sensation Jamie Cullum and virtual performances from U.S. high school marching bands, plus special messages from the Lord Mayor of Westminster and Lord Andrew Lloyd Webber. 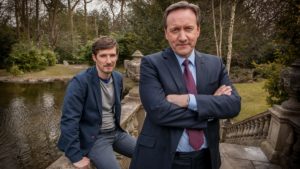 Great Performances – From Vienna: The New Year’s Celebration 2022
Premieres Sunday, January 2 at 11 a.m. on CPTV
Ring in the new year in Austria at the Musikverein with the Vienna Philharmonic and host Hugh Bonneville in this annual concert of waltzes by Strauss and more under the baton of guest conductor Daniel Barenboim.

Check in throughout December as additional programs are added. Seasoned Celebrates Hanukkah with Latkes, Kosher Wine, and a Trip to The Crown Market
Now streaming here>>
Seasoned kicks off the holidays with the Festival of Lights! Tune in as a sommelier explains kosher wine, and visit The Crown Market in West Hartford. Where We Live: The Little Town of Bethlehem
Now streaming here>>
Topics in this program include the story of an 80-year tradition at the Bethlehem, Connecticut post office that has earned it the nickname “Christmastown.” Thousands of cards and packages come through this tiny post office every year to get one of their cachets. 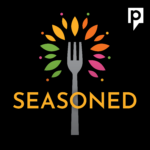 Seasoned: Gift Ideas for the Serious Cooks and Foodies on Your List
Now streaming here>>
The co-owner of Cookshop Plus in West Hartford discusses the store’s most popular Christmas gifts, including those from local makers. Plus, hear from Connecticut artisans who make handmade things anyone would be proud to give and happy to receive. Connecticut Garden Journal: If Cared for Properly, Live Christmas Trees Can Be Replanted After the Holidays
Now streaming here>>
Live Christmas trees are still available from some local growers. Once you have your live holiday tree home, caring for it makes a difference if you hope to replant it.

Where We Live: Seeking Joy Despite Another Pandemic Christmas
Now streaming here>>
Where We Live talks about how the omicron variant might impact your holiday plans, and how to plan for the unexpected this holiday season.

Connecticut Garden Journal: Caring for the More Unusual Plants You Receive as Gifts
Now streaming here>>
You may know what to do with poinsettias, holiday cactus, and amaryllis, but what about those unusual plants that are sometimes given? 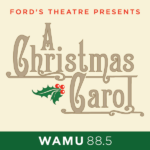 Playing on Air: The Man in Red
Airs Friday, December 24 at 1 p.m. on WNPR
In this musical holiday dazzler written, directed, and produced by Arian Moayed (Succession, Bengal Tiger at the Baghdad Zoo), Santa (Brian Cox) keeps a closer eye on the naughty and nice lists than we think, especially during “unprecedented times.” But maybe Mrs. Claus, the hardworking team at the North Pole, and one melancholy little girl might keep the man in the red suit from singing the blues. Embodied – Resolved: Deconstructing Diet Culture
Airs Monday, January 3 at 9 a.m. on WNPR
Embodied is an award-winning radio show and podcast that explores sex, relationships, and health. Host and creator Anita Rao is on a mission to figure out what happens when we examine taboo topics with journalistic curiosity. In Resolved: Deconstructing Diet Culture, Anita unpacks the science that props up diet culture with a registered dietitian and certified internal medicine physician. Unexplainable from Vox
Airs Monday, January 3 at 1 p.m. on WNPR
In an hour-long special, Vox’s Unexplainable will explore some of the most exciting unanswered questions in physics. All over the world, scientists are searching for dark matter: an invisible, untouchable substance that holds our universe together. But they haven’t found it. Are they chasing a ghost? We trace this quest for answers from the first hint of something strange in distant galaxies to the modern research cracking open the very foundations of physics.